The astonishing tale of how the old woodcarver Geppetto made a puppet boy from an unusual piece of wood, who could talk and dance. This has been a much-loved story since it was first written more than 130 years ago. The Adventures of Pinocchio was originally serialised in Il Giornale dei Bambini, the first newspaper for children in Italy and published as a novel in 1883 to great acclaim.

Pinocchio ignores the advice of his kindly father and sets off to see the world. He is easily led astray as he encounters many remarkable characters – including the dastardly Fox and Cat, a wise talking cricket and a beautiful blue-haired fairy. After lurching from one predicament to another Pinocchio finally learns his lesson and obtains his hearts desire – becoming a real boy.

In this handsome new edition, Robert Ingpen has captured the rascally Pinocchio and his extraordinary adventures as never before. 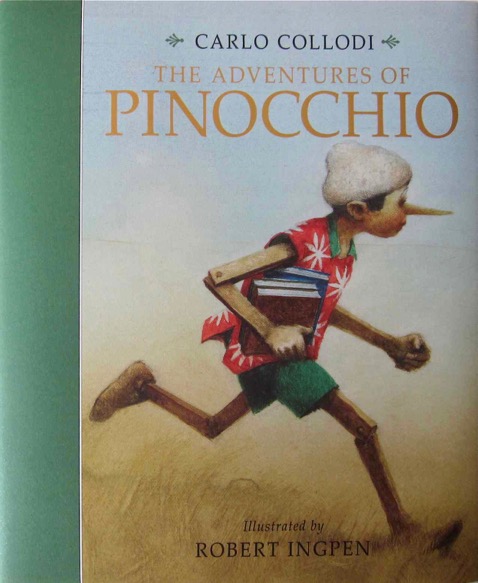 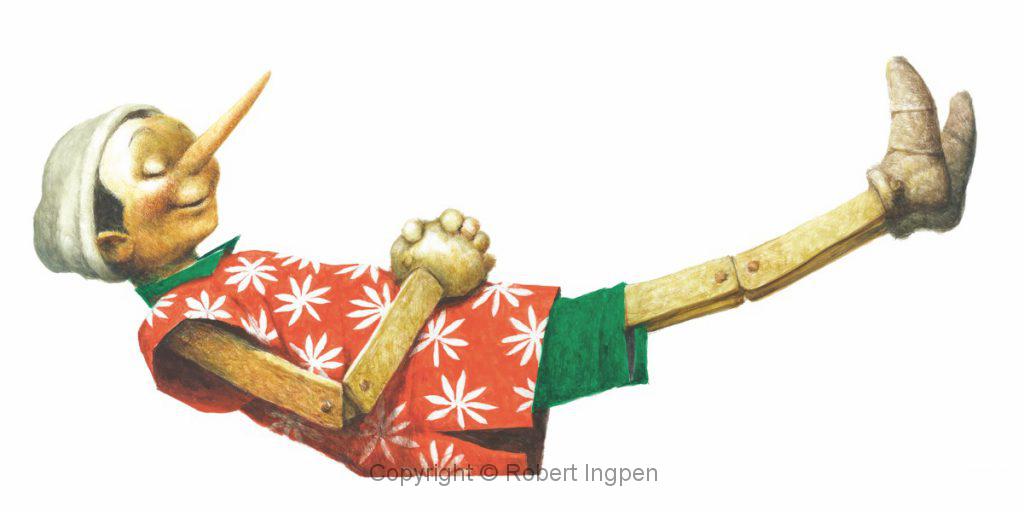 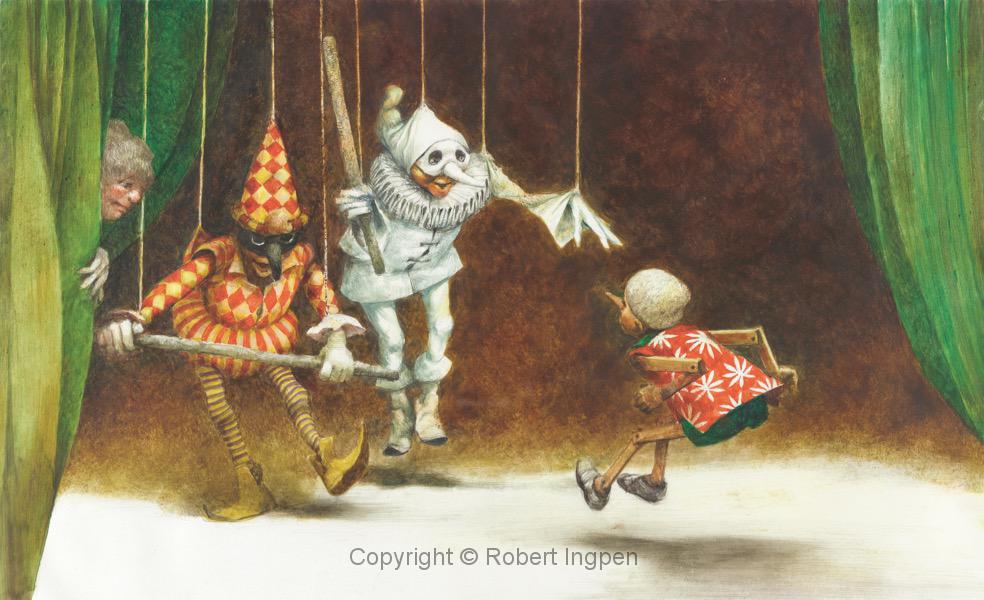 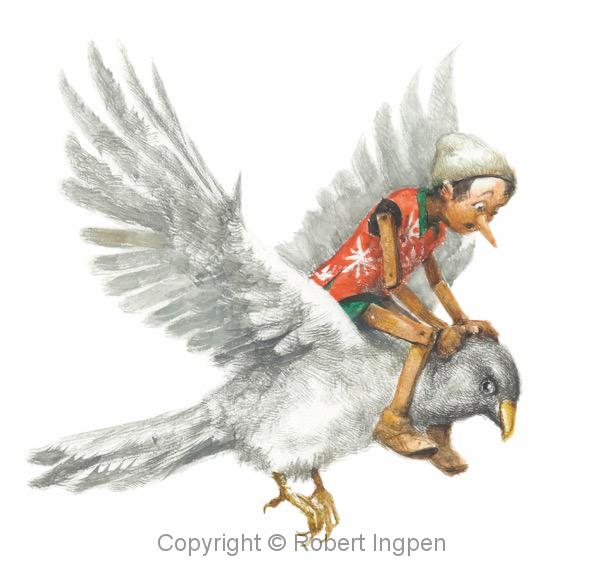 Pinocchio on pigeon's back 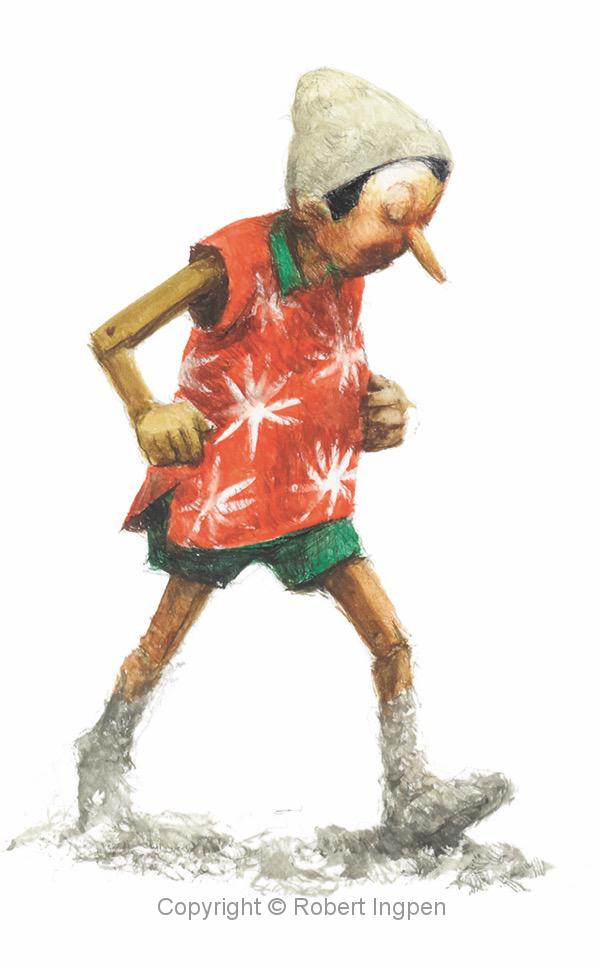 Pinocchio walking through the mud 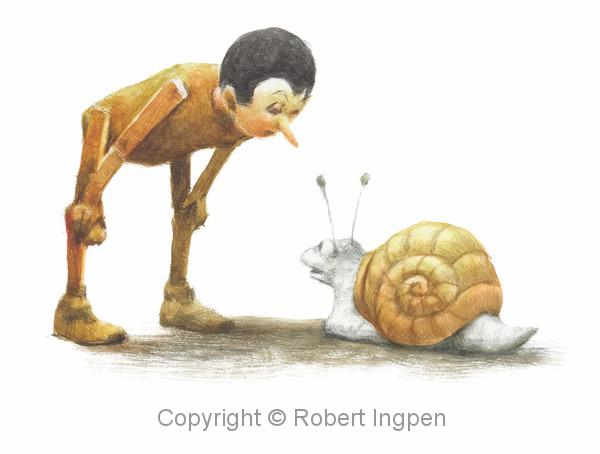 Pinocchio talking with the snail 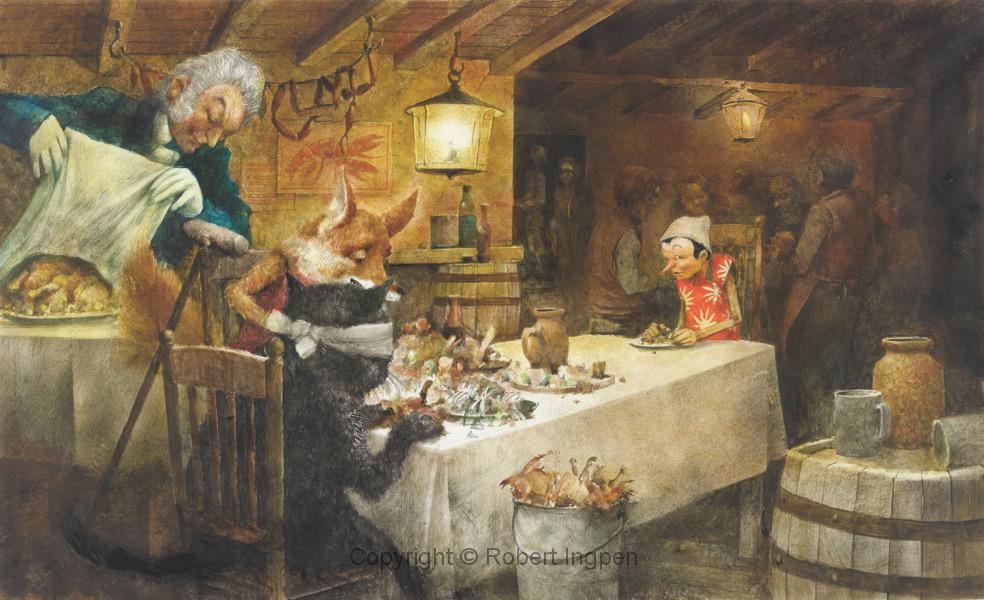 The Inn of the Red Lobster