Robert Ingpen was born in 1936 in Geelong, and now lives and works in Barwon Heads. He was educated at The Geelong College and later studied art and book illustration at The Royal Melbourne Institute of Technology (now RMIT University). After graduation he was employed in 1958 as a illustrator and communication designer with the CSIRO (Commonwealth Scientific and Industrial Research Organisation).

In 1968 he began his long career as a freelance illustrator and storyteller publishing well over 100 books on Australian life, history and conservation, but mostly illustrated stories for children such as Storm Boy (with Colin Thiele) and The Idle Bear. His most known, at least in the Geelong region, is The Voyage of the Poppykettle, a folk story that emerged as the enduring annual festival for children.

In 1986 he became the only Australian to be awarded the international Hans Christian Andersen Medal for his contribution to children’s literature as an illustrator, and has been honoured with a Doctor of Arts of RMIT, and with Membership of the Order of Australia.

More recently he has illustrated the acclaimed series of children’s classics, of which there are now sixteen titles that continue to be published in many editions worldwide. Titles like Peter Pan, Treasure island, The Jungle Book, Wind in the Willows, A Christmas Carol, Alice in Wonderland, Alice Through the Looking Glass, Tom Sawyer, The Secret Garden, Pinocchio, Around the World in Eighty Days, The Jungle Book, The Wizard of Oz, The Nutcracker, Robinson Crusoe and in 2021 Gulliver’s Travels

To celebrate this remarkable series and his 80th birthday in late 2016, publisher Palazzo Editions, Bath, UK and The National Library of Australia published Wonderlands – the Illustration Art of Robert Ingpen.

Early in 2018 Robert Ingpen completed ‘The Magic Bookcase’ mural which is now donated by him to the National Library of Australia under the Cultural Arts Program of Australia. The painting is on seven panels each 900mm x 1200mm, painted in egg tempera on marine plywood. The large painting depicts a bookcase without any books. Instead, the shelves are filled with characters from classic stories who, through the imagination of the illustrator, are borrowed from the pages of books where they traditionally belong. The literary characters are gathered together in this mural to be identified, enjoyed and believed in by young people as they mature in imagination with the help of great literature. 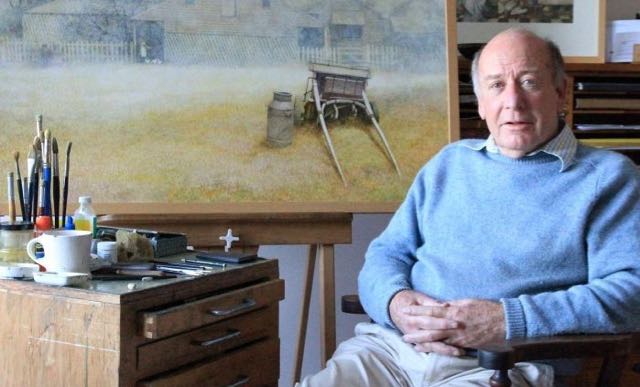 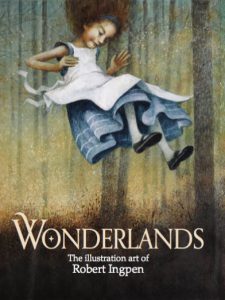 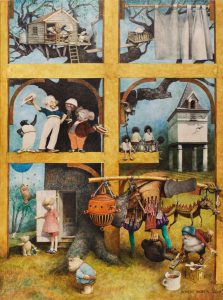